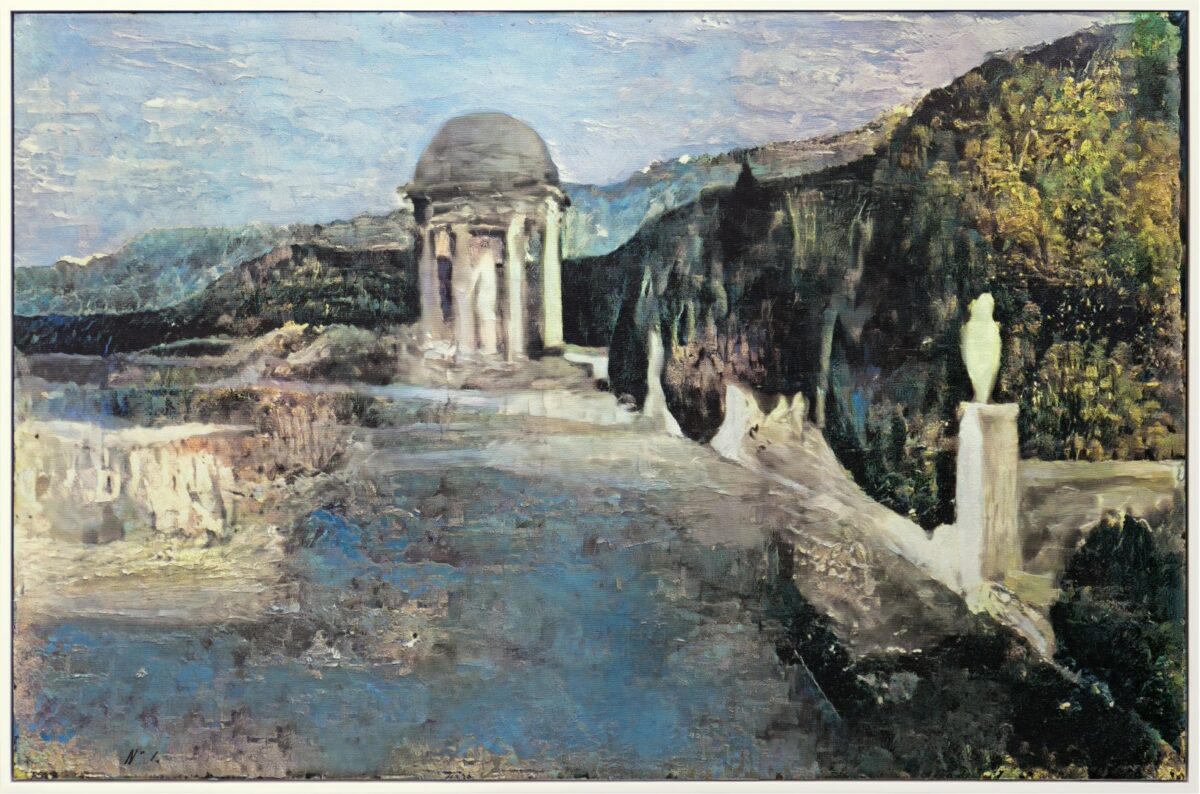 Oxia Palus and the MORF Gallery are presenting this first NeoMaster in only 100 limited editions. These editions will never be available again. Each canvas is protected by jointly developed patent-pending anti-fraud technology and is accompanied by an NFT.

Beneath Pablo Picasso’s ‘The Crouching Beggar’ lies a lost masterpiece: a historically significant work of art believed to be of Parc del Laberint d’Horta near Barcelona, a place long recognized as a foundational influence for Rusiñol and Pablo Picasso. Using processed X-Ray fluorescence images of ‘The Crouching Beggar’ and paintings from Santiago Rusiñol, Oxia Palus has reconstructed the lost masterpiece; Rusiñol’s Parc del Laberint d’Horta – the world’s first NeoMaster™.

Using a three-dimensional height map, Oxia Palus enables paint to be carefully re-layered onto canvas in a way that captures the texture and look of the artist’s style, through a patent-pending technique. The methodology being used to recreate exacting homages to a new breed of fine art has been dubbed the NeoMaster style, which uses Oxia Palus’ neomastic process.

The neomastic process combines the technologies of spectroscopic imaging, artificial intelligence, and 3D printing to actualize the pentimento (the visible trace an earlier painting) of an artwork. It is guided by art conservation science as well as historic art context.

In resurrecting this work beneath The Crouching Beggar, many paintings were referenced that define the style of Rusiñol’s work. The depth, thickness, and approximate length of each and every brushstroke have been re-integrated into an embodiment of what was lost to the ages.